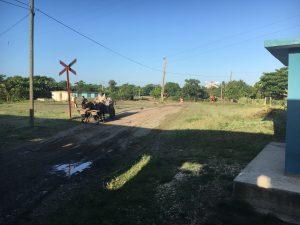 A couple stand in the area between two cars for hours as we head to Santiago, their punishment for not buying a ticket. An obviously drunk black man roams the car complaining that his friends can’t sit because they can’t afford the ticket. A pair of police officers speak to him once and when they stop him a second time, we don’t see him again.
I’m really enjoying watching people get on and off at various stops, loading and unloading their luggage and other items from horse drawn carts.
We stop at Camaguey and vendors descend on us, selling a variety of beverages in refilled water bottles as well as sandwiches and cakes. 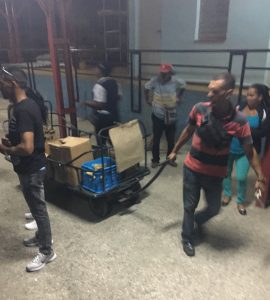 We get a few 5CUP fried fish sandwiches and a soda. As we roll along, passengers toss the bottles and wrappers out the window. Sarge tries to collect garbage in a bag, and one passenger quips “We recycle online, the train line.” 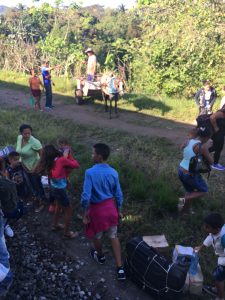 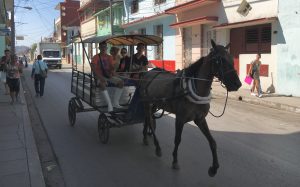 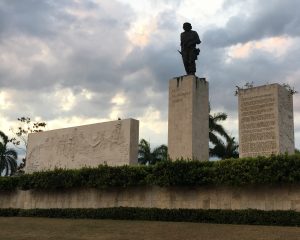 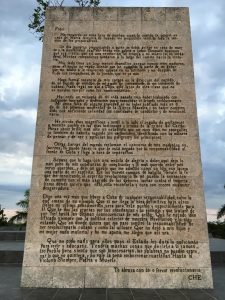 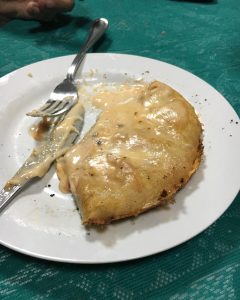 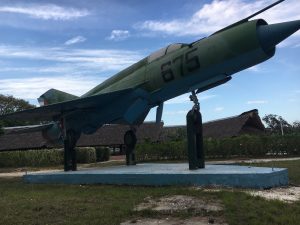 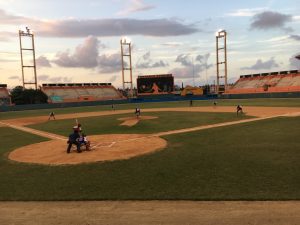 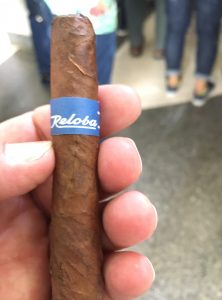 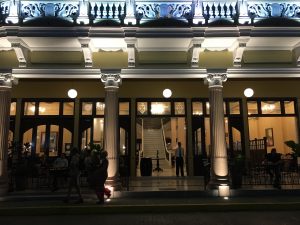